Classic Marvel Star Wars Comics Issue 36 "RED QUEEN RISING" (March 1980) features a muscled Luke Skywalker fighting off a "Unikitty". But that's not all! Princess Leia, in a fun turn of events, decides it's her turn to rescue Han and Chewbacca from a detention cell. And Darth Vader is still manipulating everyone into final battle positions, which we will see in the next issue.

Classic Marvel Star Wars Comics is on YouTube! Watch and read along with us.

Since this comic series lends itself so well to a visuals, we recommend watching on YouTube. We will continue to describe the issues as we're talking, for those of you who are visually impaired.

On the Planet Monastery, Luke Skywalker is preparing for his presentation before the elders in the Temple of the Sacred Circle, but once he arrives Domina Tagge reveals that she is altering the deal which was preplanned by Darth Vader. Luke objects and Vader sees an opportunity to challenge the young Rebel to a duel of lightsabers.

Meanwhile, The Millennium Falcon is captured by an Imperial Star Destroyer above Monastery, but Princess Leia causes a distraction on the ship allowing them to escape. However, getting away safely might be harder than they think... 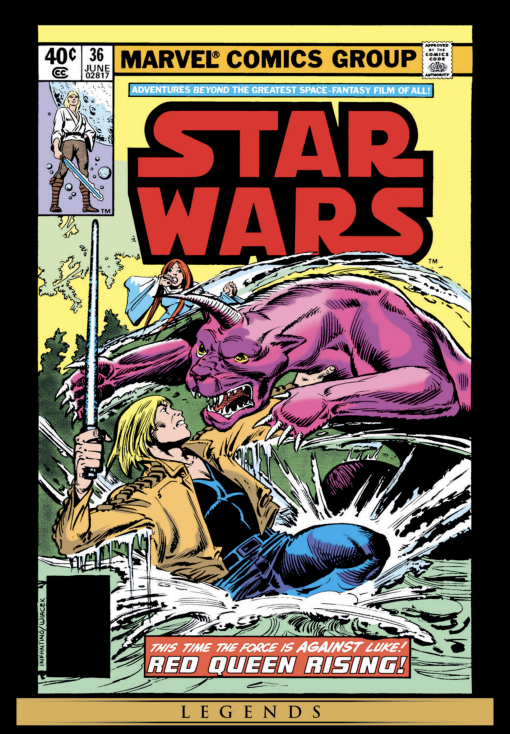 Check out these SKYwalking NETwork Podcasts:

Find out how you can become a part of the Skywalking Force and unlock bonus content.